Which and how much of our current drives –individually and as a global community– are driven by ancestral, inherited traits imprinted in our animal condition? An attempt to approximate to this intriguing query is dealt here. It pertains to our identity and social constructions, and ecological interaction. Not all are events of the conscious dimension. Cognitive processing involves distributed neural circuits as a substrate. Perhaps the most disturbing from the intellectual point of view is that much of the former appears to be at the subconscious level. According to some authors, what emerges at the conscious level, expressed temporarily at a specific time, are the events we can manipulate as a working memory in our executive behavior domain, corresponding to the explicit memory (Dietrich, 2015). For comparison purposes, this would represent much less than the 10-15 percent that emerges from an iceberg on the surface (Dietrich, 2015).
Based on the behaviors of the chimpanzee and the bonobo, who share a common ancestor to Homo, Boehm (2012) poses that humans would keep behavioral styles from chimpanzees (tendency to conflict, male predominance), and bonobos (preventive behavior, female predominance). This anticipates a potential behavioral bipolarity with uneven prevalence distribution among individuals and social organizations. Based on social repression or “socialization”, cultural strata of variable “thickness” have been constructed on top of drives implicit to our animal condition. Nevertheless, it failed in their deactivation, only in reformulating or repressing them. Interaction with the physical and cultural environment continues modeling our ethnic variations, yet, our primary organization is bound to ancestral demands that imprinted a given set of basic behaviors, as mentioned before (territorialism, sexual drive, individual survival, secure feeding sources). Their expression, affected by changed environmental (physical and social) conditions, pose the probability of frictions between the neurobiological and cultural tectonic plates (Colombo, 2010, 2013, 2016). It is true that the surprising plasticity of our brain and mind construction (depending on cultural issues) provide room for adaptative responses. However, they do not cancel the framework of primary drives imprinted in the heart of our animal construction, although they may affect their expression. Psychological mechanisms disguise, or temper, some of the behavioral consequences of such frictions or uncoupling. Our species knowledge, creativity, and technological developments gave support to a dominant macro species that at the same time attempts to avoid taking full conscience of its animal origin and fundamental biological nature -a condition that affects our emotional expressions and social drives (territorialism, reproductive and feeding priorities, survival, prevalence). The belligerence, cruelties, social inequities, and unrelenting individual and class ambitions are the best testimony that to change our ancestral drives we must first recognize them and assume our fundamental nature heritage. Profound cultural changes are only possible and enduring if we come to grips with our true primary condition 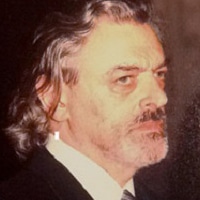